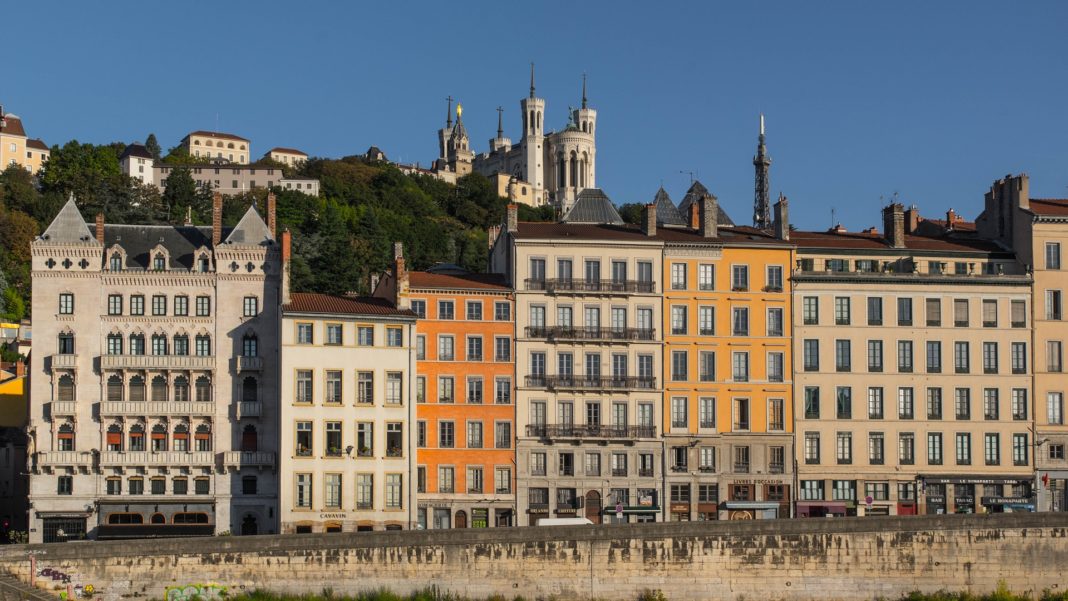 Lyon is a well-structured city in terms of offering optimal study programs, a splendid environment, multiple engaging activities as well as wonderful career opportunities. As the third-largest city in France, Lyon also gives international students the chance of studying in France in English. Having preserved many Roman ruins and settlements, along with socio-cultural buildings, Lyon is a perfect place to also enjoy the student era.

General life as a student in France will be challenging but after you have chosen the university and program you wish to attend, everything will likely go according to your plan. Luckily, Lyon meets the most essential requirements that any international student would need when studying abroad in France. In a nutshell, studying abroad in Lyon, France comes with plentiful opportunities to grow and explore your potential.

Reasons to Study Abroad in Lyon

Lyon is a holy city with a lot of cultural attractions, mentioning the most valued asset of it which is the Historic Site of Lyon which has been appointed a UNESCO world heritage site. While completing your education at any higher education institution in Lyon, you will be glad to spend your evenings in the old town of Lyon traveling back to the medieval and renaissance period.

This city has around 20 museums that do make Lyon quite attractive. In addition, you can participate in several festivals that are organized throughout the year. Being a studious person might turn your life into “busy” mode, but you don’t have to leave aside all of the advantages of a big city, including numerous restaurants, shopping, and a dynamic nightlife.

Lyon is France’s gastronomic center, with a wide range of regional dishes. Lyon, located in eastern France, is a short distance from some of the country’s most prominent and fertile fields and vineyards and has long been a hub of culinary creativity. Some of the best chefs have their homes in Lyon and surely they provide excellent dishes, studying in Lyon really does your stomach a big favor.

Lyon is also affordable in terms of fresh fruits and vegetables, as well as excellent meat, so almost every market will be appropriate to shop in. A note worth taking is that the word “entrée” might signify “main dish” in other areas of the world, but it really means “appetizer” in French. So make sure to use “entrée” for appetizers and “plat” for main dishes. As we all know how important is to have a rich and tasty diet, studying in a city that boasts a wide range of delicious food is quite satisfying.

Lyon has a lower cost of living compared to Paris, for example. Your main investment, as is often the case, will be rent. Lyon is a desirable place to pursue studies and a large number of students pick this city mainly for the cost of living. For less than €800, you can rent a furnished studio with utilities and internet outside of the city center. Monthly public transportation tickets can cost up to €60, and a pub supper for two will normally cost less than €40.

Lyon is around 30% less expensive than Paris while maintaining the excellent living standards of a big metropolis. One of the most appealing aspects of living in a smaller city is the cheaper total cost of living and Lyon is the perfect destination for international students.

Lyon is quite appealing to international students as well as a desirable labor market. Lyon and its region’s 1,500 decision centers provide numerous internship possibilities and stand out as possible employers for graduates. Its central European position and easy access to other major cities via Lyon St-Exupéry International Airport and the TGV high-speed rail are two significant advantages that make this city favorable to international students.

Lyon is one of Europe’s most appealing locations, with a strong economy and outstanding quality of life. It is the ideal city for your international study experience. Lyon has a significant number of universities that can provide most courses at the bachelor’s, master’s, and doctoral levels.

Deciding to study in Lyon with the aim of learning and living in one of France’s most beautiful cities is a great chance since it is a combination of the hustle and bustle of a large European city with the simplicity of French culture. L’Université Lumière Lyon 2 offers an intense language approach to the Lyon semester and yearlong programs, allowing you to obtain up to 12 credits of French in one semester. Electives in culture, political science, cinema, economics, and literature will be taught specifically for USAC students, depending on their language ability. The university itself also allows students to enroll in courses taught in either English or French that are taught with French students.

You can join the study abroad program as a free mover student at emlyon business school. As a participant in the International Business Study Abroad Program, you will have the opportunity to enroll in BBA or MiM courses that will provide you with an international experience while also allowing you to immerse yourself in French culture. This program is for undergraduate and postgraduate international free mover students who want to study Business & Administration from the beginning to the end, on one of our three campuses in France, in English or French. To put it another way, this program is available in the Fall, Spring, or Summer, and it is taught on three different campuses: Paris, Lyon, and St Etienne.

AFLyon is well located in Lyon’s 3rd district and offers a variety of interior and outdoor amenities, including a welcome hall, patio, garden, and study area with wifi access. Alliance Française of Lyon offers a wide range of courses that will give you the freedom to choose just what best suits you. The General French and Writing Language Program will offer both general French courses and specific courses such as speaking, writing, grammar, and pronunciation, regardless of your availability, whether it is in the morning, afternoon, or evening. You can also choose from a variety of themed workshops, such as cuisine, movies, and drama.

Live and study in France’s third-largest city, which has a diverse population and historic buildings dating back over two millennia. Students in this program can study intense French language from the second year onwards, as well as a variety of electives offered in both French and English. This institution offers both French and English courses, as well as French classes. This makes it easy for international students to enroll in classes at this university. Any student can contact the university for assistance with housing or choosing courses that they believe will be beneficial to them. The Lyon semester and year-long programs at L’Université Catholique de Lyon provide an intense language approach, allowing you to obtain up to nine credits of French in one semester.

CEFAM offers Study Abroad programs that allow students to spend a semester (fall and spring) or a summer session in France while continuing their studies. By enrolling in one of the CEFAM programs, you will spend a summer or a semester in Lyon for an outstanding study abroad experience. Living in Lyon means living in a top-rated student city, which is a UNESCO World Heritage Site that is also known as the gastronomic capital of France, and a thriving commercial center. CEFAM is a French-American business school that collaborates with universities in the United States and Canada that are AACSB-accredited. CEFAM attracts students from all around the world since all courses are taught in English.

Enroll in one of EICLE’s French Standard courses in France to immerse yourself in the rich culture of France. The International School of Culture and Foreign Languages (EICLE) is a language school that focuses on teaching French at all levels. EICLE provides a variety of French courses that are tailored to your specific needs. Students, trainees/work away students, and professionals who want to improve their French skills can enroll in these courses. Throughout the week, month, or semester, the General French course helps you to improve all skills, be it oral and written expression or oral comprehension and writing. This program has numerous highlights, from learning about the French way of life to meeting people from all over the world and having an amazing opportunity for personal growth.

Here are some universities you can find in Lyon:

How Much Does It Cost to Study Abroad in Lyon?

Overall, Lyon tends to be more affordable in comparison to Paris. However, the cost of tuition fees and living expenses is still a bit high for students who want to spend as little as possible. If you are not an EU/EEA citizen and attend a private institution in Lyon, or France in general, your tuition rates will be higher. Tuition might cost up to $16,000 per year. Lyon is comparable in price to other French cities such as Montpellier. It will be less expensive than Paris, particularly in terms of living expenses and lodging.

The cost of tuition in different universities in Lyon is as follows:

The cost of life in France for international students tends to vary per city so if you’re thinking of continuing your tertiary education in one of the Lyon’s universities, then you should plan a monthly budget of €600 to €800 which will be used to pay for housing expenses, meals, transportation, as well as other expenses. In France, eating and drinking out is pricey, but you can acquire a great bottle of wine for about €5 in a supermarket. As a student, you will spend less per month on transportation, but you will be able to go around Lyon by bike because it is a cyclable city.

Here’s the average cost of living expenses in Lyon:

A comparison of the cost of living between Lyon and Paris:

The cost of accommodation depends on the type of accommodation you are renting. Students residences are usually the cheaper option in Lyon, followed by renting a private room in a shared facility.

Here’s the average cost of accommodation in Lyon according to housing type:

Living and studying in Lyon, France will prove to be a memorable and worthy experience. Here are a few fun facts about Lyon you might like to know: