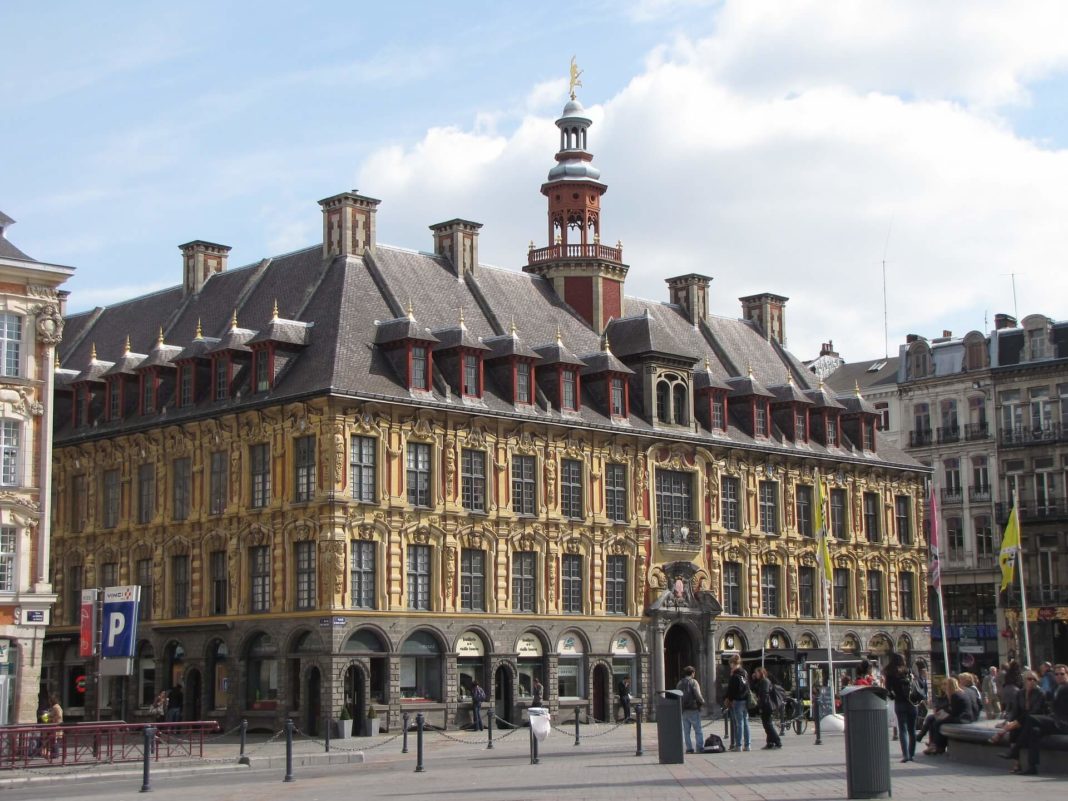 Lille is a vibrant city with beautiful architecture and cloudy weather. Many people worldwide are astonished by this cultural and commercial hub, as well as its many historical centers. Lille was established in medieval times and was known as the “Capital of Flanders” a crossnational region in France and Belgium. In this bustling university city, among private and public universities, you will find ambitious research programs and a wide range of courses. Offering an affordable cost of living to all international students, Lille remains one of the most desired destinations for tertiary education in France. The French and Flemish influences are seen all over architecture, cuisine, and the indigenous way of living.

Reasons to Study Abroad in Lille

France is rich in culture. Upon your arrival in Lille, you will encounter a number of must-see attractions. This city boasts many large historical buildings, has a cheerful population, and delicious dishes. The Town Hall Belfry is what dominates Lille. This town hall is 104 meters high and it offers a 360-degree panoramic view of the city. It is now said without a doubt that Lille is an unmissable cultural destination. After being named the European Capital of Culture, Lille continued to pursue access to culture with events organized by Lille 3000: parades, great exhibitions, and concerts. Strolling around the old city you will feel mesmerized by the beautifully restored bricks and stone houses.

Being located at a major crossroads for road and rail transportation across Europe, Lille has a well-developed infrastructure and transportation network. Starting off with its airport which serves over 70 international destinations, two railway stations, down to two metro lines, the first metro line being fully automated. To emphasize it, Lille had Europe’s first fully automated Metro system opened in 1983. Furthermore, the tramway system runs from the Lille Flandres and goes through Lille Europe, consisting of two long-distance stations in Lille. Car sharing is another transportation practice that seems to be quite widespread.

Having had a strong influence from both French and Belgian cultures, the cuisine of Lille has harvested many delicious dishes. One of the best dishes you should try is Carbonades Flamandes, which is a Flemish beef and onion stew popular in Belgium, the Netherlands, and French Flanders. Local foods will also astonish you. For example, Boulette de Cambrai is a French cheese originating from the region of Nord-pas-de-Calais. For those who have a sweet tooth, the Meert vanilla wafers are the most elegant and delicate waffles from Lille.

To study in Lille means that you will have easy and quick access to many cities and nearby countries. Since it is located in the northern part of France, this city has many geographical privileges. What makes this city special is the proximity of major European capitals, just a few hours from Amsterdam, Berlin, London, Brussels, Madrid, and Rome. You can visit most of these cities by rail, but not just on regular train lines but on high-speed lines that extend across France, the border to Belgium and the Netherlands, and needless to say, underneath the English Channel to London.

When it comes to study abroad programs in Lille, the ISEP is the first one that offers a number of exchange programs. ISEP is in partnership with a global community of universities not only in France but from all over the world.

Take a look at some study abroad programs in Lille:

The program of ISEP in accordance with the Université Catholique de Lille will give you freedom in picking elective courses. These elective courses include a variety of topics, such as business, art history, French culture, international communication, and many more. All the course instructions are given from the Université Catholique de Lille and this program is available to anyone regardless of the language level. Although the university is historically catholic, the activities and campus life are secular in nature.

The International Business Administration in English ISEP program is conducted in a dynamic institution, Université de Lille. As an international student who is following the international business program, you will benefit from the brilliant studying conditions at a large public research university. This program will help you master leadership skills in an international environment, as well as develop the capacity to adapt to intercultural situations.

The Biological Sciences program is a bilingual program that aims to help international students master scientific language skills in French and English. Most importantly, they will also develop their academic formation in biological sciences, such as biology, biotechnology, chemistry, and other interdisciplinary subjects. Instructions of the program are a combination of class lectures in French and small-group discussions and applied classes taught in English.

Here are some of the best universities in Lille:

How Much Does It Cost to Study Abroad in Lille?

As a student, the cost of living in Lille might range from €600 to €700 per month. You may locate a place to live for roughly €400-500 per month, but you’ll need to factor in other costs such as food and recreational activities. The tuition fees of universities in Lille will be higher for international students. However, there are some university programs that are part of the French National University System and consequently subsidized by the government. Generally, the admission fees for bachelor’s degrees start from €180, whereas for master’s degrees start from €250.

Before deciding on which university in Lille you would want to attend, it will be better to look up the cost of it. Generally speaking, the cost of education in Lille can be quite affordable. However, it may differ depending on the kind of institution. Private higher education institutions will ask a higher payment from international students.

The major cost of living expenses is the accommodation. If you intend to live in the center of Lille then you will have to pay a bit more than the average cost of living. Considering the fact that you will be in Lille for studies, your monthly expenses will have to be well planned.

According to the French National Student Union, the average cost of living is slightly over €700 per month, with an average rent of €460 a month. Overall, €700 may be a little tight if you want to have a good time, dine out sometimes, and take advantage of Lille’s nightlife.

Here’s the average cost of living in Lille:

A comparison of the cost of living between Lille and Paris:

There are different types of accommodation options in France. The cost of living in Lille will differ depending on the sort of housing you select. Expect to pay between €220 and €330 for a room in the university residence. A hotel room in the city center would set you back between €300 and €600 per night. You must also consider your food budget in addition to your rent. Flatsharing is an excellent alternative for foreign students, particularly if you want to expand your social circle.

Here’s the average cost of accommodation in Lille, France:

Places to Visit in Lille

Having a wonderful geographical position, Lille boasts a number of historic and cultural landmarks.

Here’s a list of places to visit during your stay in Lille, France: